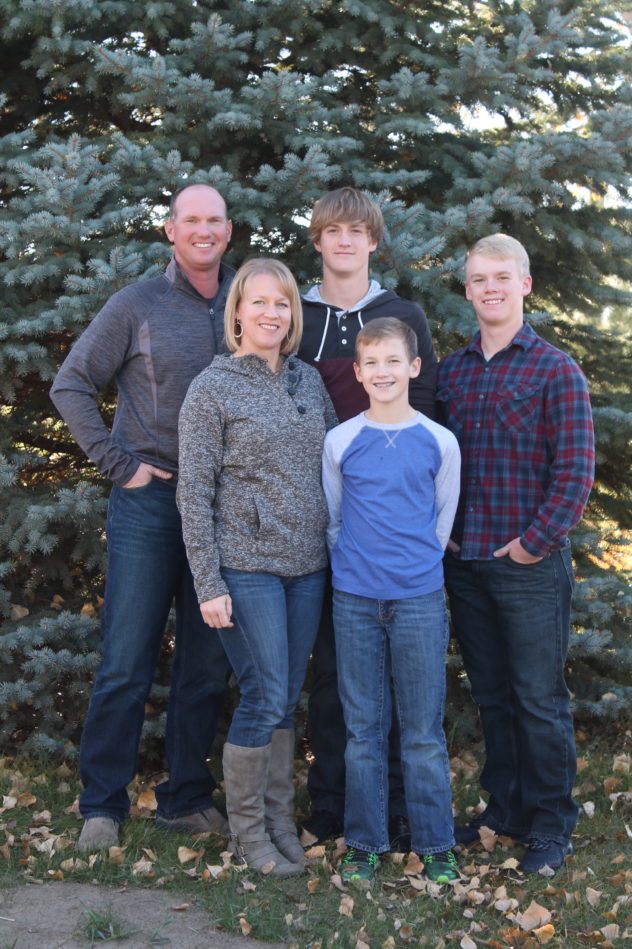 Hi! My name is Shauna. Wife to Kurt. Mom to three boys born in less than three years. Author of Remarkable Faith: When Jesus Marveled at the Faith of Unremarkable People .

A more personal introduction to me and my story can be found right after this “official” and newsy one:

Shauna Letellier enjoys weaving strands of history, theology, and fictional detail into a fresh retelling of familiar Bible stories. She draws upon her Bachelors degree in Biblical Studies from Grace University in Omaha, Nebraska, as well as a variety of Bible commentaries to drape the fabric fiction over the framework of Scripture.

Shauna’s writing has been published on The Huffington Post, Day Spring’s InCourage, The MOB Society, For Every Mom and in MomSense Magazine (now Hello Dearest), a publication of MOPS International.

Her first book  Remarkable Faith: When Jesus Marveled at the Faith of Unremarkable People

Shauna is a self-proclaimed expert second-guesser but finds certainty in knowing Jesus Christ. She blogs about finding rest and relief in Him at www.shaunaletellier.com.

With her husband Kurt, she has the wild and hilarious privilege of raising their three boys along the banks of the Missouri River where they fish, swim, and rush off to ballgames.

And now, for the more personal introduction and how I found myself feeling like a ragged soul in desperate need of rest and relief.

I’m a former foster parent. Expert second-guesser. Experienced over-analyzer. A recovering religious accountant who was trying to maintain my salvation by “earning my keep.”

I’m not sure how I arrived at such a place. No one laid it out for me like that. I certainly didn’t see it at the time, but I viewed my relationship with God as some divine checking account.
Sometime in junior high or high school I began to “take our relationship seriously.” Because I was supposed to, and truthfully, I wanted to.

So I subconsciously devised a strategy. I would make steady deposits into my account with God–read my Bible, pray, encourage a friend, serve–then, when I arbitrarily determined I had made enough deposits, I could make a withdrawal. Enough “funds” in my account with God meant I had earned the right to make a request.

And let me tell you, in those days it wasn’t anything too spiritual. I’d ask for His help on a test I hadn’t studied for. I’d ask Him to help me get to my violin lesson on time when I’d spent too much time socializing after school. I’d even asked Him to make some handsome boy like me.

So off I’d go to do those good things I mostly enjoyed. To make deposits. To earn the right to ask something of God. To prove to Him and the world, that I was indeed His follower. “They will know we are Christians by our love,” I reasoned. What better way to show love for God and others than by DOING lots of things.

To be honest, even it high school it didn’t feel like a drag, and I actually wanted to follow Christ in these ways. This is not to say I didn’t have serious lapses in judgement—also known as willful sin.

If something went wrong for me—I did poorly on test, got in trouble at home—I figured I probably deserved it because I had overdrawn my account. Insufficient funds! And when I made a decision to sin because sometimes sin seems super fun, I’d feel real bad about it later. I’d try to make it up to God by doing more good things–making more deposits to pay back my sin debt.

But somehow, those “deposits” became the goal. Rather than being the natural result of love for Jesus, they became a means to get what I wanted from Him.

Hadn’t I had earned those favors? Wasn’t it God’s job to help me out with my agenda? But I was no beggar! I wasn’t going to ask for help without offering something in return.

This wildly distorted strategy followed me into my marriage and then into motherhood. Only I found out that not everyone in the world was such a good religious accountant as I was. Some people, felt no obligation to earn God’s love or favor at all.

But rather than investigate why (and find the liberating truth!), I kept on honing my religious accounting skills.

But I was failing on every front.

I supposed my account was empty, and I didn’t have one shred of spiritual, emotional, or physical energy to fill it back up.

Finally, one ordinary Sunday afternoon I put my five (at that time) kids down for a nap, collapsed into my chair and cried for two hours.

I was too tired to even formulate a prayer. There was not one single thing to pray that I hadn’t already prayed. I didn’t have any more clever suggestions for God. I was failing at all the most important things I had hoped to do so well–marriage, parenting, foster parenting, health, spiritual disciplines. Surrounded by evidence of my failures, I had nothing to point to as payment for His intervention.

I told myself crying wouldn’t help, but I couldn’t stop.

I had worn myself ragged trying to prove, earn, and deserve.

Drowning in guilt and regret over all I had not done and could not do, I was the beggar I’d tried not to be. I uttered the only prayer I had left. “God…help.”

His love and grace for me–and you!–is a gift.

It can only be received.

All my thrashing efforts to be, do, produce, and perform left me ragged enough to open my hands and receive grace, without trying to earn it.

And just as He’d promised, He gave me rest.

I found that His kindness led me to turn away from my restless proving, and earning. His light and easy burden freed me to simply thank Him. Love Him. Worship Him. All with great delight.

The funny thing is, His kindness and rest, and the work He’s already completed on my behalf, makes me want to get up and do something! Or, in my case, sit down and write something.

It’s my prayer that whatever you read here will, in some small way, demonstrate the gift that is God’s grace through Christ–His rest and relief for when your soul feels ragged.

I'm Shauna. I'm a wife, mom, Christ-follower, author, and expert second-guesser. It all leaves me feeling a little ragged. But the one thing I'm certain of is that Jesus offers rest. If you're feeling worn out and ragged, I hope you'll join me in finding rest and relief in Him. Read More…

Every year around this time, when I'm pondering wh

Isn't it an interesting phenomenon that people tel