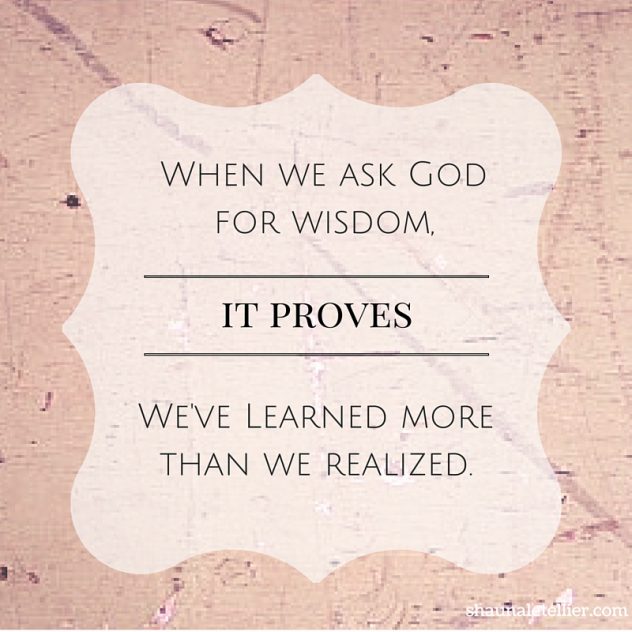 It took about 10 minutes to print on my high school’s dot-matrix printer. When the final flourishes of clip-art rolled out of the printer, I ripped the hole-y edges off the sides of my five-foot paper banner.

At my graduation reception, it crowned my shrine of photo albums, news clippings, and guestbook.

There was just one problem.

While it was supposed to proclaim to family and friends that I had learned what I needed to know, it actually declared that there was still more to learn.

Because what I meant to type on that banner was “CONGRATULATIONS!” But apparently spellcheck wasn’t a feature in the program connected to the dot matrix printer, and what I actually printed out, in all caps, was “CONGRADULATIONS!”

I didn’t even realize it until several reception guests did. I was about to climb the wall to rip it down and save myself severe embarrassment when one guest mercifully pointed out that it was a bit of a pun.

And for the rest of the day I used that line every time someone noticed my error.

It seems like a funny little parable for every chapter of life that comes to an end. Through years and experience, we’ve learned so much. We’ve passed the tests and declared our accomplishments at the end.

Only when we get there, we find there’s more to learn.

The good news is that followers of Christ have a friend and advocate who comes alongside us in our mistakes and misspellings. He lifts the burden of despair and embarrassment, guilt and fear.

But He doesn’t leave us in our ignorance so that we go on spelling congratulations wrong …or worse.

Instead, He leads us into the next chapter where we usually find there’s much we don’t know, and a lot He has to teach us.

In the book of James, Jesus’s own brother tells us that “If any of you lack wisdom, you should ask God who gives generously to all without finding fault and it will be given to you.”

Sometimes we’re embarrassed by the things we don’t know or forgot. You need too much help!  You ought to know that by now. Weren’t you listening the first time?

It’s interesting that James doesn’t say, “If anyone lacks wisdom…

…shame on her because she ought to know by now.

…it’s because she’s a slow learner.

…it’s not surprising because she wasn’t listening the first time.

Nope. That comes from somewhere else.

“Learn from me,” Jesus says. When we ask Him for wisdom, it proves we’ve learned more than we realized, and by His grace we have wisdom beyond our years.

CONGRATULATIONS on the things you’ve learned this year, or this season. Sure, there’s more to learn, but in Christ, there is all the wisdom you will ever need.