It’s no big secret that Peter is one of my favorite characters in the New Testament, and it’s not because he’s always a shining example of Christlikeness. I suspect many of us relate to Peter because he’s so…well, so much like us.

He was the disciple who worked all night long. He lent Jesus his boat and ferried him just beyond the shore where Jesus could teach the crowds with a little breathing room. Peter recognized power when he saw it, and he was quick to leave his nets and follow Jesus. He was the first to ask questions and the first to argue.

When things went badly, he forged through, taking the most reasonable course of action. He lied. He swung for the head of the High Priest’s servant. He ran away tormented by the fact that his determination to keep things headed in the right direction had led to the worst place Peter could have imagined. He tried to control the outcome in the most desperate and determined ways. 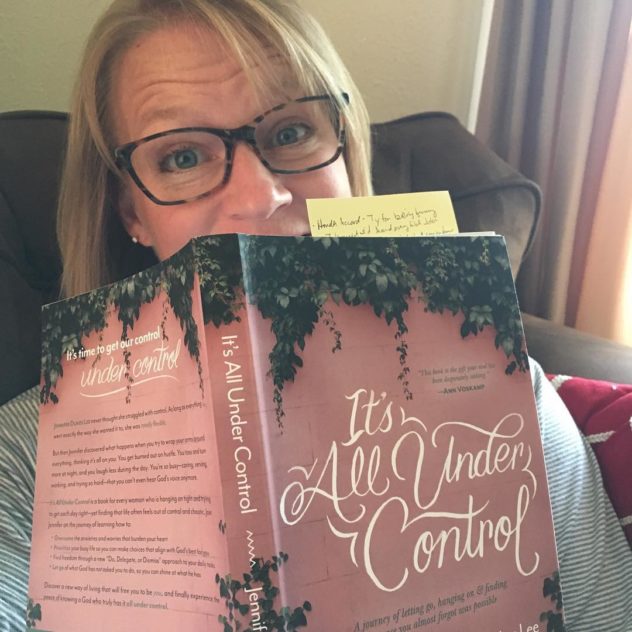 I recently read “It’s All Under Control,” by Jennifer Dukes Lee, and a particular line from the book keeps rattling around in my mind.

She makes a contrast between Peter and John, and writes, “I feel bad picking on Peter, but I’m guessing that Peter might have described himself as “the disciple who loves Jesus” instead of “the disciple whom Jesus loved.” (p. 54)

The year after I graduated from college we were attending a small church. We were newlyweds with no kids, two incomes, and loads of free time. That Spring I was asked to direct the Vacation Bible School Program. Warning: the following is an unfiltered look into my heart. I was flattered. They barely knew me, but someone clearly perceived that at the ripe old age of 22, I was organized, intelligent, theologically sound enough to lead adults and children for a week.

Even though my only real-life experience was my childhood attendance at VBS, I said, “YES!”

Two days later, the same person called back to say, “Never mind. Someone else might be better suited.” And so began my volunteer work, where I was “fired” before I even started. (See also, my dismissal from jury duty.)

It’s stung a little, because they didn’t even have another volunteer in mind. But it also stung, because I wanted to be known as “the disciple who loves Jesus,” and directing VBS seemed like a great way to gain that reputation.

Turns out, directing VBS is a MONSTEROUS amount of work, collaboration, and preparation. I’m not fantastically gifted at organization, logistics, or decorating!

A decade later, in another state, at a new church, with my three young sons in tow, I found myself teaching the Bible story in a humid VBS classroom packed with preschoolers.

As I retold the Bible story about Daniel and the lion’s den—to children with mouths agape–I felt overwhelmed with gratitude for God’s love and care, for Daniel and for me. The fresh wonder on those faces–with Oreo crumbs crusted at the corners of their smiles—alerted me to the great privilege before me. This was not, as the hymnist wrote, an “old, old story.” God’s love, care and power were freshly astonishing to these young ones. The fact God had given me the great pleasure of sharing His power and care made my voice crack with emotion as I spoke.

As I recall those two different experiences, I wonder if the contrast in my own heart reflects the difference between Peter and John.

Jennifer Dukes Lee made this observation: “John was a dear friend of Jesus, one of the closest, and it’s indisputable that he loved Jesus deeply. Skim through the pages to see proof of John’s love for Jesus. How close he kept himself to the Teacher! See how John loved Jesus so much that he sat next to him at the t able in the upper room, how John was the disciple who stayed near the cross as Jesus died. At the end of his life, Jesus asked John to help care for his mother, Mary. The Gospel of John reveals the disciple’s great love for the Master.

What a contrast from trying to be the awesome “disciple who loves Jesus,” to taking on the identity that Jesus’ friend John ascribed to himself. On the first-century equivalent of his lapels, John slapped a name tag that said, “Hello…my name is The Disciple Whom Jesus Loved.”

To be fair, the gospels tell us that when Jesus was arrested, “all his disciples deserted him and ran away.” (Mark 14:50, NLT) But sometime, perhaps the next morning, John came out of hiding. And in the following days, God’s love and grace for Peter would bring him back as well.

If the starting point of service to Christ is proving ourselves to others, to ourselves, or even to God, it will be an unsatisfying burden. And if our goal in serving His church is to control how others perceive us, spiritual disaster is not far off.

When we understand that we too are called, “the disciple whom Jesus loves,” service to Christ, because of his great love for us, becomes a delight. Not always easy and smooth, but always a satisfying joy.

“Because of his unceasing love for you, sometimes he’s going to ask you to say no. He will empower you to do it. Other times, he will ask you to give your brave yes. …Let all that you do be a response to Jesus’ love for you.” {p. 59}

On occasion, he may say “no” for you. In doing so he may deliver you from a train wreck you didn’t even see coming, in order to give you a gift didn’t envision.

{Quotations taken from It’s All Under Control: A journey of letting go, hanging on & finding a peace you almost forgot was possible by Jennifer Dukes Lee. Copyright © 2018. Used by permission of Tyndale House Publishers, Inc. All rights reserved.} 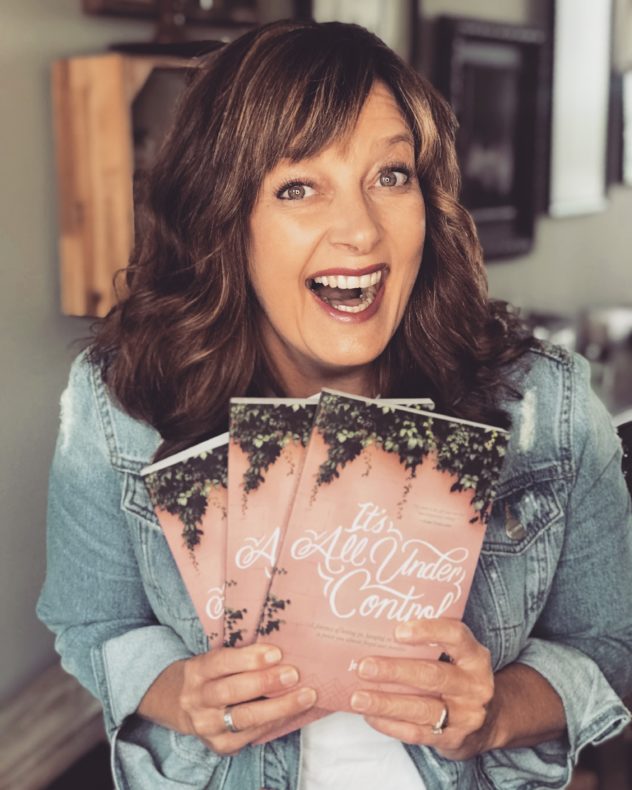 That’s Jennifer Dukes Lee ^^ the author!! I’m so excited to be a part of her HUGE giveaway to celebrate the release of It’s All Under Control. She and her publisher, Tyndale, are giving away 50 copies of the book in celebration of its release!

1. Giveaway ends September 30.
2. Winners will be notified by Tyndale House Publishers.
3. Enter below to win 🙂
It’s All Under Control 50 Book Giveaway