It’s kind of funny and weird that we have a day devoted to silly pranks. I admit, I don’t really like pulling pranks or having them pulled on me. But I do enjoy a good laugh. And sometimes that means I’m the “April Fool.”

Funny that we recognize only it once a year though.

Around here it seems like the like the movie Groundhog Day, only instead of February 2nd, it’s April 1, every day.

Ok, not every day. But sometimes it seems that way.

A few cases to prove my point: First, my youngest has taken to writing his name as “Boss Hog” on his Wednesday church papers. 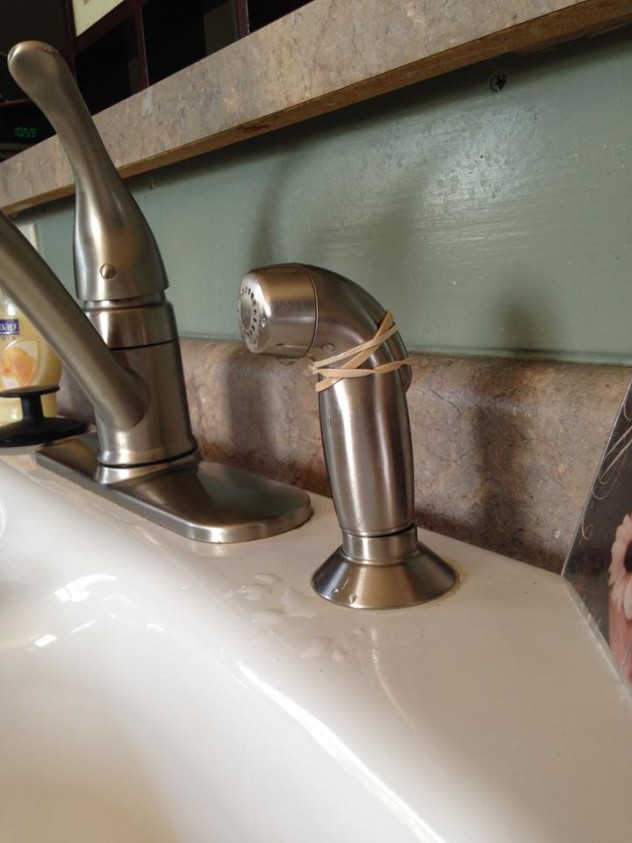 Last year the boys went through a stage where they rubber banded the kitchen sink sprayer so that every time I turned on the faucet, a cold shower blasted me in the stomach for as many seconds as it took me to figure out what was happening.  Inevitably, this happened as I was headed out the door.

Then there was the season I resolved to be “the mom who follows-through.” I told them to put away every single toy before the timer rang, and anything left on the floor was going to be thrown or given away.

And I followed through. Twice. (Happy day at the thrift store, sad day at our house.)

By the third time I made this “threat” they knew I meant businesses. So with the timer ticking down, I hollered a 30 second warning. There was no response.

When the timer rang, I walked into the room. The boys were nowhere to be found, and the floor was clean except for every single pair of underwear from the drawer. When I acknowledged the prank, they all tumbled out of the closet, laughing their heads off at their clever trick.

More recently they’ve taken to “fake fights.” Slamming a door and whining, “Stop it! Quit!….” The kind of drivel that makes me want to puncture my eardrums with an ice pick. When I arrive ready to referee, they bust out laughing. And I am only semi-relieved there is no fight, because they have completely figured out how to get my attention in the most ridiculous ways.

Then last week as I was leaving the house, I barked instructions on finishing jobs and being kind. Before I had pulled out of the driveway they called to “fake tattle.” I looked in the kitchen window as I drove away to see them all staring out the window at me, just trying to catch that exhausted, irritated, eye-rolling expression. I’m pretty sure they got a glimpse of it.

While I might end up needing prescriptions to cope, I am thankful that they have a sense of humor. The world is tough place without one.

Besides, a cheerful heart is good medicine for all of us. Even if it means I leave the house with a wet shirt multiple times a year.