I guess I was looking for a tally mark in the “good mom” column when I bought the video.

Remember when I revealed all my early motherhood delusions? I mentioned our Spanish Barney days. Back when my boys were preschoolers and I was a hyper-vigilant mom who didn’t want to waste a moment of opportunity, who wanted to give my boys the best head start in the world, but I didn’t want to take them to preschool (confining!). I bought a VHS video of Barney entirely in Spanish. Because I had two things going for me. 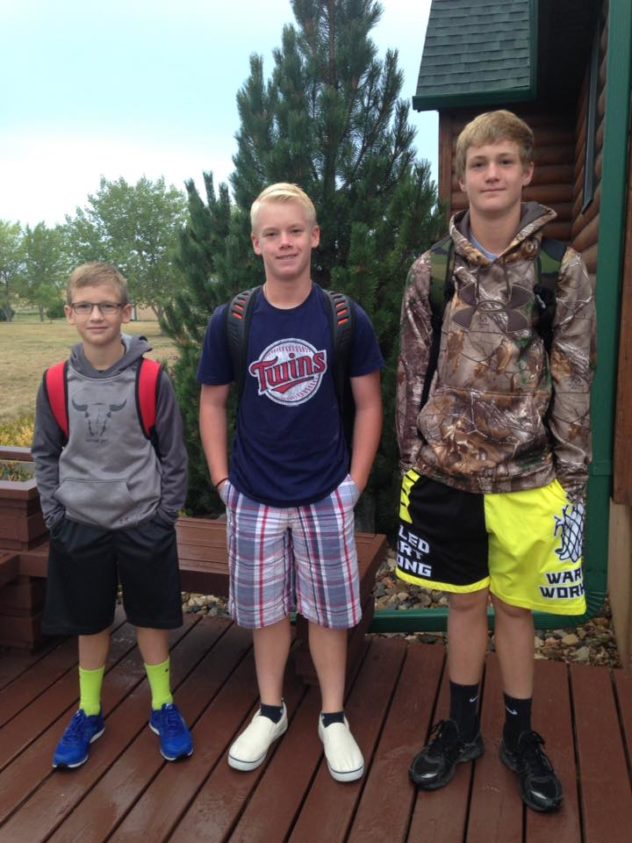 See, I thought that exposing them to a foreign language early in life would give them a real advantage in life. And besides I could get a few things done while they were glued to Spanish Barney.

Unfortunately the only word we remember “elefante” which is pronounced “eh-lay-font-ay.” Not exactly a puzzle when it comes to translation or pronunciation. While it may be a useful word on the plains of the Serengeti if you are traveling with Spanish speaking tourists, it’s less useful on the plains of the Midwest where we live.

It did give us a launching pad to talk about other languages though. When one of my little cherubs referred to his bottom as a “butt” he explained to his brother that “butt” is Spanish for bottom. With my hopes dashed, I passed the video along to a family who actually spoke Spanish, and hopefully they got more use from it than we did.
All is not wasted though, because this year our oldest has enrolled in first-year Spanish. And I have high hopes his teacher will think well of him when he shows up to class on the first day able to correctly pronounce and translate one moderately unhelpful Spanish word.