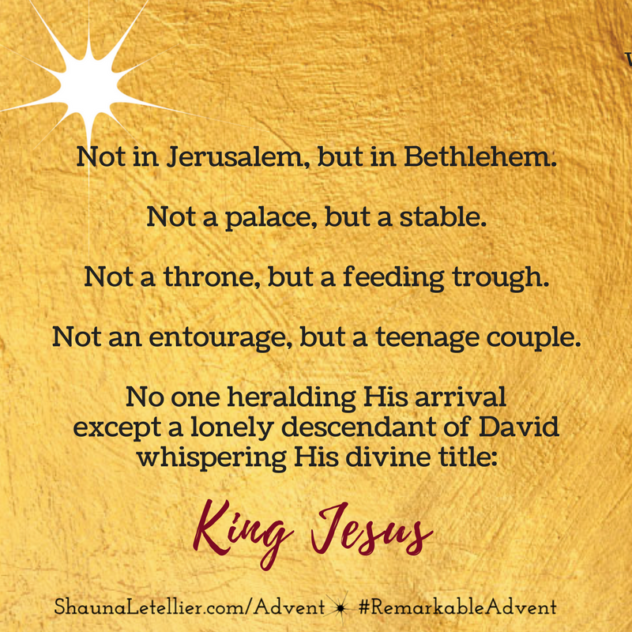 On that first Christmas, just moments after Jesus was born, it probably appeared to Joseph that the long-expected Messiah had arrived at an inappropriate place with no fanfare or announcement at all. Between the baby’s delivery and the shepherd’s disturbance, Joseph might have thought he was the only one.

God had hidden from Joseph many future events. He knew Jesus was God’s Son, born to save His people from their sins. And for Joseph, at this moment, that was all God chose to show him. And it was enough.

In a sense, you and I are living in that same space–between the wonder of all God has done and all trials and glory to come. We know about the manger, the cross, and the empty tomb. The rest He promised is still somewhat hidden. Though we cannot fathom the extent of future hardships or blessings, we know Jesus and He know us. And that is enough for now.

Dear Lord,
You have veiled that sacred night with so few details. The details of the moment that divides history, you have kept private. But its implications you have declared as Good News to all people. The Israelites waited more than 400 years for deliverance through two water-walls, and over 400 years for your promised Deliverer—a baby. And we are waiting now, some two thousand years later, for your glorious appearing when every knee will bow and proclaim, “King Jesus!”
Amen