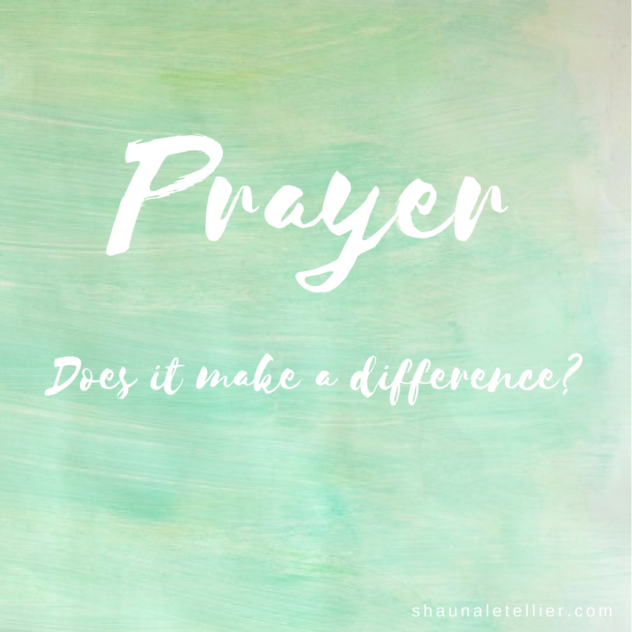 Every morning, for nine days in a row, I listened.

My eyes were supposed to be closed, but instead I watched a few left over Wheaties swell and sink in my cereal bowl.

In the summer before my freshman year I stayed with my grandparents while they were building a house. Since they were handy, hardworking, and adventurous, they lived in their fifth-wheel camper on the building site during construction.

During the day we drove nails, raised walls, and framed up a deck. And by “we” I mean grandpa. I might have handed him a tool, or pulled a bent nail, but I was more directly involved with our evening actives: driving the golf cart, eating ice cream, and swatting mosquitoes.

Every morning we squeezed around their tiny laminate table. We had sweet rolls and cereal, and if Grandpa was in charge of breakfast we had donuts. But it wasn’t the high calorie start to the day that stands out.

Every day, with crumbs on the table, dishes to wash, and a house to build, Grandma and Grandpa stayed at the table and prayed. Since I was company and family, I stayed too.

If the sun beat through those crank-out windows promising perfect weather for work, they stayed and prayed. If rain tapped on the skylight, they prayed. When a breeze rattled the metal rings of the scratchy camper curtains, they prayed.

It wasn’t fancy or magical. I don’t even remember their exact words, but they prayed for each of their children, their spouses, and every one of their grandchildren, from the oldest to youngest, by name. Every day.

I sat with my head bowed, batting away a fly from my soggy cereal and wondering if such regular and systematic prayers made a difference. Philip Yancey titled one of his books, Prayer: Does It Make Any Difference?

It was the same question I asked that summer in the camper. When God so often does not do what we expect, when he does not perform to our demand, when he clearly answers some prayers with “no” or “not now,” I still ask the question.

Does it make any difference?

It was clear, Grandma and Grandpa believed it did. I suspect those nine mornings were a snapshot of what 68 years of mornings looked like. In 68 years of marriage, their prayers did not spare their immediate and extended family the heartache of death and disease, but they didn’t stop praying.

Does it make any difference? If we’re honest, many of us have answered, ‘No.’ Maybe not in words, but by our actions, or possibly our inaction. Prayerlessness betrays our belief about its effect. But how can we make such declarations, either with words or actions? This side of eternity is too soon to tell.

I strongly suspect that if we saw all the difference even the tiniest of our prayers to God make, and all the people those little prayers were destined to affect, and all the consequences of those effects down through the centuries, we would be so paralyzed with awe at the power of prayer that we would be unable to get up off our knees for the rest of our lives.*

And that’s what Grandpa and Grandma believed. Not because Dr.  Kreeft said it, but because they read it in their Bible—the very Word of the God they petitioned.

pray in the Spirit on all occasions with all kinds of prayers and requests. With this in mind, be alert and always keep on praying for all the Lord’s people. (Ephesians 6:18)

I suspect they knew what I had not yet learned: prayer wasn’t given to us as a means to control desired outcomes, but as an avenue for conversation with a loving Savior who is present no matter the outcome.

We pray, not to get what we want, but because we get to know our Savior who provides what we need. 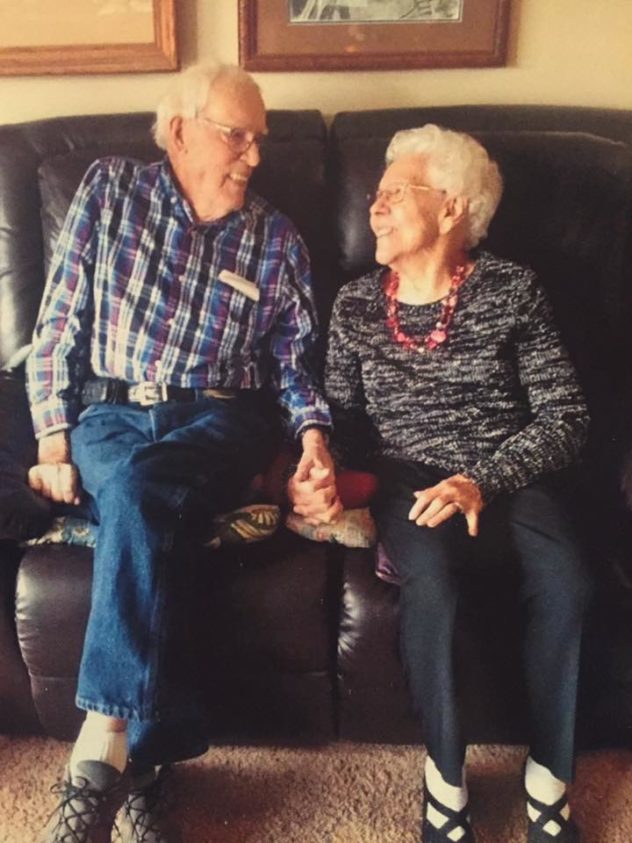 I could tell you about my grandpa’s “donut attacks,” as my brother called them, where he’d make an early and unexpected 13 mile trip to the donut shop because he loved donuts and knew we did too. I could tell you how he played the piano by ear to accompany his impromptu stories, where we were the little heroes who rescued a bird, a bunny, or a brother. I could tell you how he drove the big yellow school bus to pick up neighborhood kids for Sunday School.

I was influenced by all of it.

But a nine-day snapshot of what it meant to pray in the spirit on all occasions—as in, every regular day—is what stands out.

Did their prayers make a difference?

They made a difference for me.

Do your prayers make a difference? Undoubtedly. But calculating the effect is better left to God on the other side of eternity. Keep praying, Friend. It makes a difference.