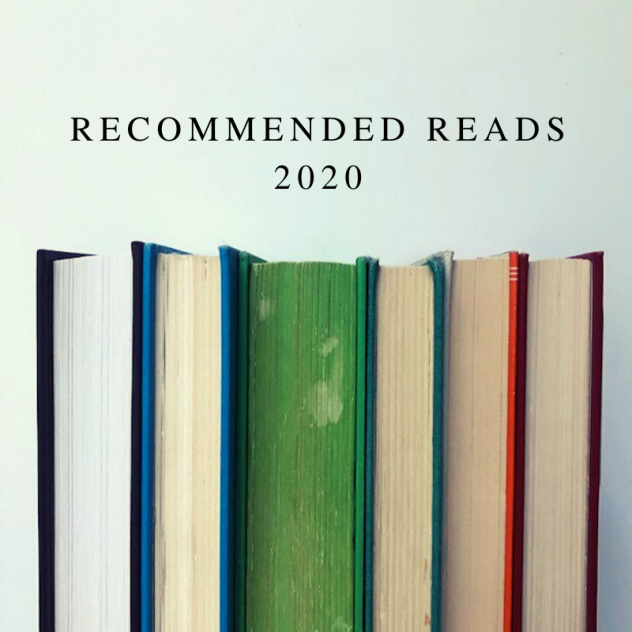 Two year ago, I scribbled a sloppy list of books to read. Amazingly, it’s still on my desk. Titles have been added and checked off (and a few random phone numbers languish in the margins). The biggest challenge has been deciding what to read next.

Audible and Overdrive (both audiobook platforms) are the ONLY reasons I’ve been able to maintain a robust (for me anyway) reading life.

In 2019, my goal was to read two books each month, and I’m thrilled to say, I have some great ones to recommend.

Memoir was my genre of choice this year, but not on purpose. As I reviewed my list, I realized my favorites in 2019 were memoirs. It’s funny, because in the publishing industry, the word on the street is that “memoirs don’t sell.”

So without further ado, I present my recommendations by genre, beginning, of course, with Memoir.

{Pssst…All of the following book cover images are affiliate links. That means if you click on the cover and end up buying the book from Amazon, they will pay me a few cents for telling you about the book 😊 }

Five years ago, I learned about this story and have been waiting for the book to release. The author has become a friend, and in October I wrote about meeting her. Deb’s book reminds me what it means to be created in God’s image, saved by Jesus, and set apart for the good works he’s had in mind for us since before time began (See Ephesians 2:10).

From Amazon’s description: “When Debra Moerke and her husband decided to become foster parents, they never imagined how their lives would change. Debra became especially close to one little girl: four-year-old Hannah. She loved her and did everything she could to help Hannah learn to trust and teach her to feel safe. But when Hannah went back to her birth mother, Karen, it wasn’t long before one of Debra’s worst fears came true.

Overwhelmed with horror and grief, Debra didn’t think she could take anymore, but then she received a phone call from prison. Karen, facing a life sentence, was pregnant, and she had a shocking question to ask . . .

Murder, Motherhood, and Miraculous Grace is an incredible true story of faith, family, and a journey toward seemingly impossible forgiveness. A story that tests the limits of the human heart, it’s ultimately a life-affirming testament to how unconditional love and relentless obedience can transform even the darkest nights into mornings of hope.”

IMPORTANT NOTES: You’ll need a box of tissues and two days. Emotionally difficult to read at points, but the pain is worth the beautiful redemptive ending.

Joey is a beautiful, heartwarming story. I read it in a single day as we were traveling. My boys rolled their eyes as I cried in the airport, so as an act of retribution, I put it on their summer reading list. I don’t think they cried, but they liked it (Shhhh, don’t tell their friends.) Fun piece of book trivia, the same artist designed the covers of Murder, Motherhood and Miraculous Grace and Joey.

From the Back Cover: “With her fledgling horse ranch, Hope Reins, in dire financial trouble, the last thing Kim Tschirret needed was one more problem. But when she met Joey, a former prizewinning jumper who had been abandoned, neglected, and malnourished to the point of blindness, she saw in him the same God-given potential she saw in every abused and abandoned child her ministry was created to serve.

So, despite the challenges that would come with caring for a blind and wounded horse, Kim took a leap of faith and brought Joey home to Hope Reins.

But as Joey struggled to adapt to his new surroundings, trainers, and pasture-mate, the staff’s confidence began to falter. Could Joey learn to trust again―to connect with the children who needed him so badly? What if they couldn’t take care of Joey? And how much longer could they afford to try?

A heartwarming story of loyalty, friendship, and healing, Joey is a profound testament to the power of blind faith.”

Hotel on the Corner of Bitter and Sweet had enough heartbreak to keep me invested without being emotionally devastating.

From Goodreads Description: “In 1986, Henry Lee joins a crowd outside the Panama Hotel, once the gateway to Seattle’s Japantown. It has been boarded up for decades, but now the new owner has discovered the belongings of Japanese families who were sent to internment camps during World War II. As the owner displays and unfurls a Japanese parasol, Henry, a Chinese American, remembers a young Japanese American girl from his childhood in the 1940s—Keiko Okabe, with whom he forged a bond of friendship and innocent love that transcended the prejudices of their Old World ancestors. After Keiko and her family were evacuated to the internment camps, she and Henry could only hope that their promise to each other would be kept. Now, forty years later, Henry explores the hotel’s basement for the Okabe family’s belongings and for a long-lost object whose value he cannot even begin to measure. His search will take him on a journey to revisit the sacrifices he has made for family, for love, for country.”

IMPORTANT NOTES: Sweet but not sappy. You may need an occasional tissue. I learned a lot about Chinese American and Japanese American relationships and culture. Very enjoyable.

When I grow up, I want to write like Malcolm Gladwell. David and Goliath is full of stories, examples, and research which makes the reader question whether “advantages” are really helpful or if perhaps “disadvantages” are more helpful than advantages. Likewise, when is strength actually a hindrance?

The premise was fascinating, as was the introduction where Gladwell examines historical details of the biblical story of David and Goliath. Overall, Gladwell’s empowering findings support the cliché that, truly, anything is possible.

From Goodreads Description: Gladwell “looks at the complex and surprising ways the weak can defeat the strong, the small can match up against the giant, and how our goals (often culturally determined) can make a huge difference in our ultimate sense of success. Drawing upon examples from the world of business, sports, culture, cutting-edge psychology, and an array of unforgettable characters around the world, David and Goliath is in many ways the most practical and provocative book Malcolm Gladwell has ever written.”

There’s a lot of noise in the “Christian” mainstream that might lead one to believe that being a Christian means your life will be easy, pain-free, and “inside-outside-upside-downside happy all the time,” to quote an old VBS song. When life turns out the be the opposite of all that, we’re prone to chuck the gospel faster than last year’s fad diet manual.

Glenna’s writing reminds us that God didn’t promise that life with him would be pain free. He promised his continual presence with us in pain and in joy, on Earth and in Heaven.

Glenna is a clear and consistent voice for the good news of Jesus Christ. She prompts us to wonder, What if you don’t have to go looking for God’s presence? What if God’s presence is something you can enjoy all the time?

Goodreads Description: “God’s presence among his people set him apart from the pagan gods of ancient times. His presence on earth as God Incarnate split history in two. And today his presence is one of the most significant means of his goodness to us. Glenna’s own awakening to God’s presence began in the depths of winter. Rereading her journal, she realized that for six months she’d been cataloging all the ways God had abandoned her as she suffered from chronic pain. What if that . . . wasn’t true? Something had to change. Interweaving her own story of faith and doubt amid suffering, Glenna traces the theme of God’s presence from Genesis to Revelation and shows what it means for us in our own daily joys and struggles.”

What were your favorite reads from last year? What’s on your list for this year?