I can trace my love of imaginative, biblical narrative round and round the grooves of an LP 33 speed record album.

Maybe you don’t remember, but a record album (pronounced reh-kerd al-buh-m) was in popular use shortly after the invention of the wheel and hieroglyphics–or so it seems. 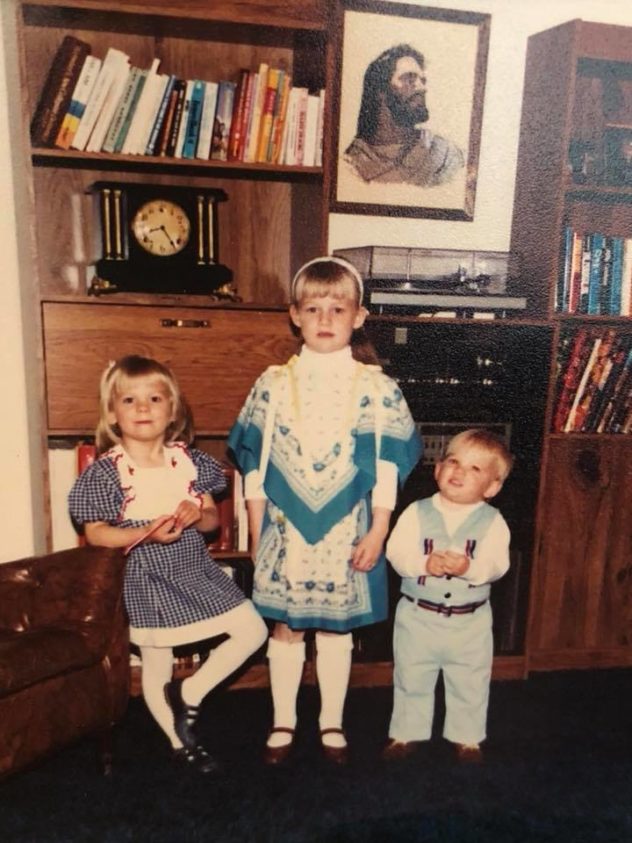 A rare sighting of the turntable and stereo. Enormous speakers, not pictured.

In the late 70s my parents bought an advanced piece of music technology. A stereo. This miracle of musical machinery was ensconced behind glass doors to reiterate the fact that all the blinking knobs and dancing decibel lights were off limits to three wide-eyed children.

Half the fun of the stereo was the delicate show on the turn table. The shiny vinyl balanced on the spindle, spun, wobbled, and finally dropped onto the record player. But perhaps the most impressive feature was the set of speakers. They were protected by a distinctively smelling squishy foam, and at four feet high they were taller than me.

My sister and I would lay on the floor in front of those gigantic speakers with one ear pressed into the foam and wait for our favorite Easter song on our favorite record album. As the needle crackled, we prepared to be transported by the voice of Don Francisco to a first century scene. And there, in our mind’s eye, we saw the grieving apostle Peter.

Perhaps that sounds a bit strange. Your favorite song was about the grieving apostle? Well, not exactly. It’s just that we knew the story didn’t end there. The crescendo of the finale was coming, but it always started with a sorrowful Peter.

After contributing to the horrors of the crucifixion, Peter was terrified of arrest and crippled with shame. Don Fransisco sings Peter’s story:

The gates and doors were barred and all the windows fastened down,
I spent the night in sleeplessness and rose at every sound,
Half in hopeless sorrow half in fear the day,
Would find the soldiers crashing through to drag us all away.
Then just before the sunrise I heard something at the wall,
The gate began to rattle and a voice began to call,
I hurried to the window and looked down to the street,
Expecting swords and torches and the sound of soldiers feet,

(Lyrics are here if you’d like to read instead.) 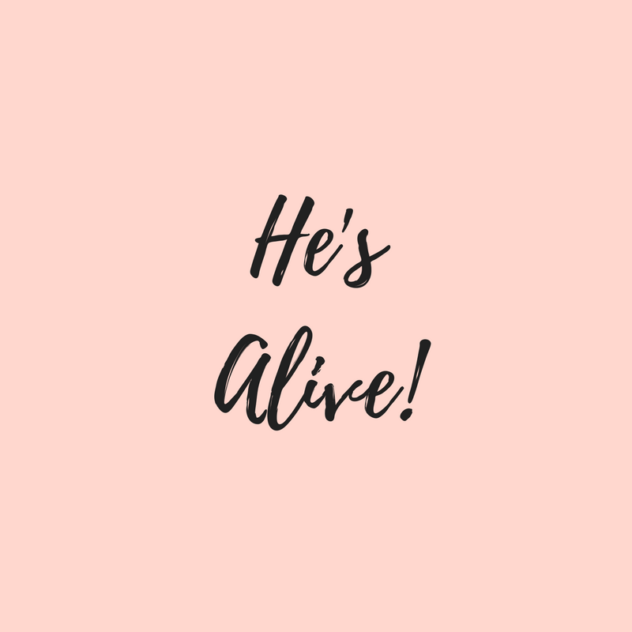 The song ends with the Peter’s encounter with the resurrected Christ. All year long, Don Francisco, my sister, and I would belt it out together: “He’s Alive!!! He’s alive, and I’m forgiven!”

Interestingly, this song was the longest-running chart single in the history of Christian radio.

What makes it so good?

Why was it our favorite?

Why do I always cry?

I think the answer lies, at least in part, in the lyric, “Everything I’d promised Him just added to my shame.”

What had Peter promised? When Jesus warned His twelve friends that they would all bail on Him, they each, including Peter, said, “Surely you don’t mean me?” Then, as if to shore up his devotion, Peter pumped his fist into the air declaring, “Lord, even if all fall away on account of you, I will not! Even if I have to die with you I will never disown you!”

I’m sure Peter meant it. He wasn’t lying to Jesus. Amidst the solemnity of the Passover meal he was earnest. He was ready for heroics! But he wasn’t ready for the humiliation of grace. He was not yet willing to let Jesus die for him.

I think this is why I love the story of Peter and perhaps why so many have loved Don Francisco’s ballad. It is a portrait of God’s grace given even to those who’ve tried to “do it right” and heroically.

I have promised Jesus big and small acts of faith in earnest: Lenten sacrifice, Christmas generosity, and everyday devotion. But everything I’ve promised points to the fact that I can’t even keep my own promises. I fudge on the sacrifice. I’m cautious in generosity. I fall short of commitments I was certain I could accomplish. How much more have I fallen short of a Christ-like generosity and sacrifice?

When we recognize our ineptitude to perfectly carry out our tiny acts of goodness,  we are finally able to receive what Christ offers: His death instead of yours. His perfect life credited to you. In the words of Martin Luther, “The Great Exchange” where Jesus is the hero.

To “celebrate” Christ’s death on Good Friday may seem cryptic or harsh.  But we know what Peter didn’t. Saturday is the grand crescendo and Sunday morning is the celebratory finale.

He’s still alive, and we can be forgiven. 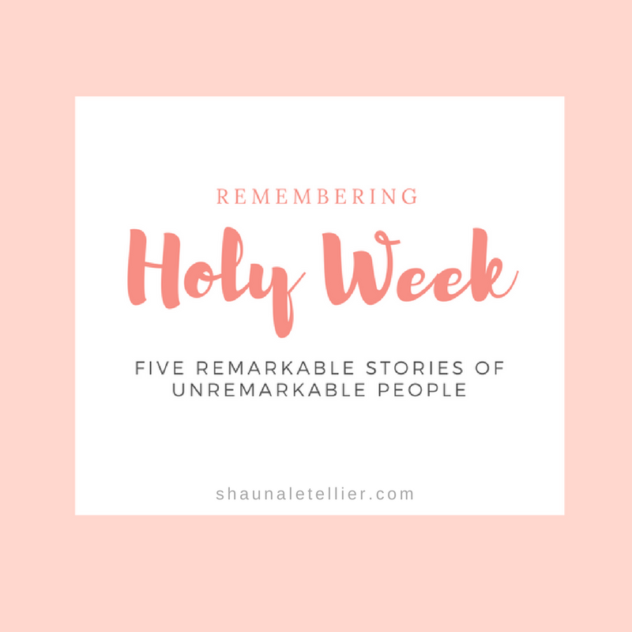 Remembering Holy Week: Five Remarkable Stories of Unremarkable People
is my 5-day e-devotional. It is available for one more day. Click here to find our more, and sign up to receive your FREE copy via email.