It was frosty this morning! 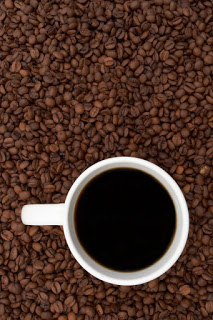 At the YMCA I overheard two moms apologizing to one another
for their late arrival. With ice on the ground, carting kids and all their
paraphernalia out the door was even more difficult than usual. To make matters
worse, they had both forgotten they’d need to scrape their windshields.
I snickered to myself on the other side of the row of
lockers. Partly because I know the drill, partly because I’m an eavesdropper
and partly because they don’t know the trick I know—the ace-up-your-sleeve that
will rescue you when time is running out; the quick fix that will befuddle all
the other windshield scraping moms on your street; the trick revealed to me by
my dear friend Kristie.
On a frosty morning, such as this one, Kristie was running
behind. If it were a ballet we might have called it “Departure Adagio” (Slow Departure).
Balancing a baby on her hip and a thermos of coffee in her other hand she
swirled and twirled in and among her daughters. She tossed hats and scarves
hither and nigh with her free pinkie all while maintaining the balance, poise,
and grace, of a dancer—because she is one.
The daily Departure Adagio dance was practically
choreographed by this point in the school year. Out the door, and into the van
they flitted until the dance came to a screeching halt.
Three millimeters of frosty crystals adorned the windshield.
Show stopper!!
With mere minutes before the ominous school-bell, Kristie
had to make a decision–drive blindly, or scrape and be late. But in that
instant inspiration was born anew. She threw open the van door, gazed wistfully
at her coffee thermos, removed the lid and dumped that entire thermos of steaming
coffee on the windshield.
Voila!!
Java de-icer!
With a mostly clear windshield, they beat the school bell,
and Kristie hurried home to brew another cup.
And since I couldn’t tell that story to the two moms without
betraying my eavesdropping, I decided to tell it to you.
Share
Tweet
Pin
0 Shares