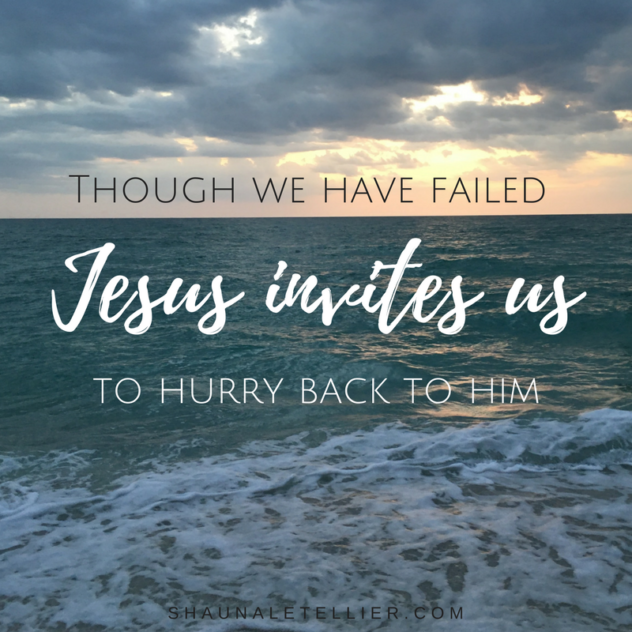 Jesus silently waits for Peter. And when he arrives, Jesus meets him not with a blast of condemnation, but with a breakfast of fish and bread.

Sometimes we don’t know what to say to God in prayer. “Sorry” doesn’t seem to cut it. “Help” doesn’t seem specific enough. “Why” seems forceful. “Thanks” seems inadequate. Simply coming to Jesus, sorry and silent with a desire to be with Him, is as clear to Him as any words we might try.